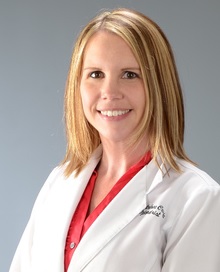 Dr. Andrea Carda has been practicing Optometry in Omaha, Nebraska since June 2011. As an eyecare provider, Dr. Carda is committed to providing quality eye examinations as well as educating her patients on the importance of proper ocular health. Her services include comprehensive eye exams, diagnosis and treatment of ocular disease, contact lens fittings and surgical co-management. Dr. Carda graduated with honors from the Illinois College of Optometry in Chicago, Illinois. She earned her Doctor of Optometry degree in 2009 and continued to practice and enjoy Chicago for the next couple years. Originally from Sioux Falls, South Dakota, Dr. Carda and her husband Landon have called Papillion home since June 2011. The couple enjoy spending time with family and friends as well as experiencing all that Nebraska has to offer. 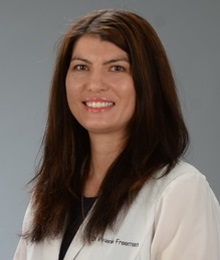 Dr. Vivianle Freeman has been an optometric physician for Offutt AFB Family Eyecare since 2009. She received her Bachelor’s in Microbiology and Cell Science from the University of Florida in 1996. A recipient of the Health Professions Scholarship Program, Dr. Freeman earned her Doctorate of Optometry from the University of Alabama at Birmingham in 2000. After eight years active duty in Nebraska and Germany, Dr. Freeman transferred to the South Dakota Air National Guard in 2008. She retired as a Lieutenant Colonel in July 2016 with 20 years of honorable service. Dr. Freeman has served as adjunct professor for five optometry schools, provided ophthalmic education in Ghana, Africa, as well as co-managed disease and surgical patients for Air Force bases, Army refractive laser centers, and civilian providers. She was recognized as United States Air Force and Armed Forces Optometric Society Optometrist of the Year, Ramstein Woman Officer of the Year, and is a Fellow of the American Academy of Optometry. Dr. Freeman enjoys life with her husband and four children, serving at Calvary Christian Church, and numerous outdoor adventures..